Mistaken for a Mistress — Jacqueline Baird 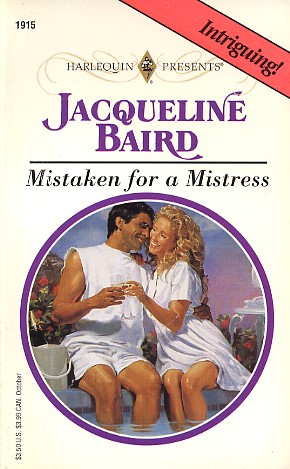 Rocco Andretti mistakenly believed that Marlene had been the late Paolo Rossi's mistress, and that she had borne Paolo a child. Rocco thought he could seduce Marlene into handing over everything Paolo had left to his son.

Marlene had promised Paolo she would fight to make sure little Paul received his rightful inheritance. So it suited her to play up to Rocco's conviction that she was willing to warns the bed of any man who asked.... For a while. She would string Rocco along only until she had proved he was double-dealing.

Rocco had got it wrong!
Reviews from Goodreads.com