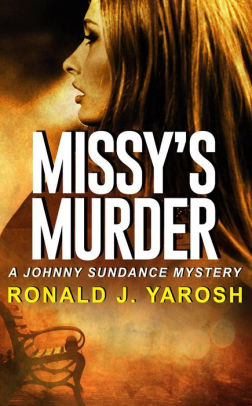 
A pretty woman, a body, a mysterious man, a dumpster, some missing jewelry, and a bloody screwdriver. It all adds up to murder. Who brutally murdered an innocent young woman––and why?

Follow brilliant Private Eye Johnny Sundance as he tries to unravel this latest mystery in a series of suspense-filled, page-turning whodunits. Johnny, a former FBI investigator with a spectacular record of solving cases, tackles this case with few clues and a host of suspects.

Will Johnny fail in his quest to solve the baffling homicide, or will he once again, use his unique talents to identify the killer? Will you discover the killer before Johnny does?

Missy's Murder is a standalone novel in the Johnny Sundance Mysteries series. If you like noir fiction, super-smart sleuths, and baffling murders, and interesting characters, then you'll love Ronald J. Yarosh’s fast-paced story.  Join the thousands who have downloaded a Sundance mystery.

Buy Missy’s Murder now to lift the lid on a shocking mystery today!