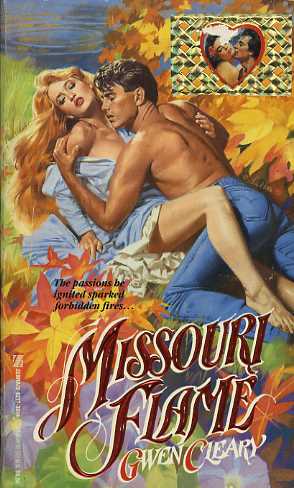 SHE WAS HIS FEVER
Missouri-bound Bevin O'Dea had never even met the farmer she was journeying to wed, but she believed a marriage based on practicality rather than passion would suit her fine... until she encountered the smoldering charisma of the brash Will Shoemaker. The man's broad shoulders and heated gazes bad her insides practically melting! So she decided to avoid him completely... until she discovered him living under her new roof--for be was her fiance's stepbrother! Bevin would not go back on her promise to marry another, but denying the forbidden yearnings Will awakened was becoming as difficult as extinguishing a raging fire with dry leaves!

AND HE WAS BURNING UP
To Will Shoemaker, a drifter with an eye for the ladies, one glimpse at Bevin's gorgeous blue eyes and fiery red tresses had drawn his potent interest. How the hell could a woman so full of hidden passion agree to wed his stepbrother -- a cold fish of a man who simply wanted a housekeeper! Will knew be should forget the woman, yet he couldn't... she'd invaded his every dream and desire. He knew the same flames of love were building within Bevin too, and once be released them, they'd both know the sweet torment of igniting a....Missouri Flame
Reviews from Goodreads.com