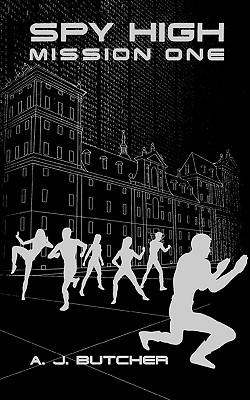 Somewhere in the not-too-distant future, there is a place known to the outside world as Deveraux Academy - a boarding school for gifted teenagers. But to Ben, Cally, and the other first-years, it goes by a very different name: Spy High. Those who pass its rigorous training program will become the world's best hope in the fight against megalomaniacs and crazed technoterrorists. Those who fail will have their memories erased. Ordinarily, the students hand-picked by Senior Tutor Elmore Grant are flawless, but his latest creation, Bond Team, is falling short of expectations. When personality clashes between elected leader Benjamin T. Stanton Jr. and farmer's son Jake Daly threaten to torpedo the group's chances at completing the academy's rigorous virtual reality training program, Grant decides Bond Team needs a bonding experience. Suddenly, there's nothing virtual about the danger that Ben, Jake, and the rest of Bond find themselves facing. This time, failure won't simply result in expulsion from school and the purging of their memories. This time, failure will result in death.
Reviews from Goodreads.com