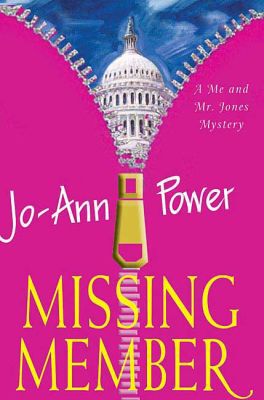 Few Americans remember these days that politics can be funny.

But Texas congresswoman Carly Wagner knows this firsthand. She won her first election delivering one-liners about her opponent that made people chuckle so hard they voted her into his seat. She won not only because she could outtalk her rival but also because she wasn't shy about employing her sexy contralto, big baby browns, and the long legs that once got her the crown of Miss Texas. She doesn't apologize for her methods, either---in the Lone Star State, sassy women have always plowed tough ground to get what they want. Although she currently sleeps alone, professionally, Carly knows politics can make strange bedfellows. But when she walks into her office one morning and finds her party's second most powerful man murdered in her office chair, she finds out that politics can also be deadly serious.

Someone has to find the culprit before this capital crime kills Carly's prospects for reelection. Resourceful and gutsy, she wants to go it alone, but her party can't take that chance. When they send in the cavalry, she can't believe the kind of man they choose. He's young, yummy, and lethal. He calls himself Mr. Jones, owns toys like Mr. Bond---and acts like Mr. Corleone. He's one of the town's secret weapons of mass destruction---and she wants nothing to do with him. Then she wants to do everything with him.
Reviews from Goodreads.com