Miss Nobody from Nowhere — Elizabeth Ashton 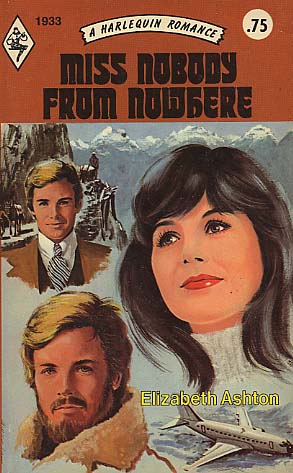 Share:
She had no idea who she was or where she came from -- only that she had been in an accident somewhere in the remote northwest of India and that Clive Stratton had rescued her. He found a name for her -- Angela -- and took her under his wing.

Back in England, in the peaceful surroundings of Clive's Dorset home, they both hoped that gradually memory and happiness would return to Angela. But what chance of happiness had she, when she found herself living with the glamorous ghost of Clive's first wife?