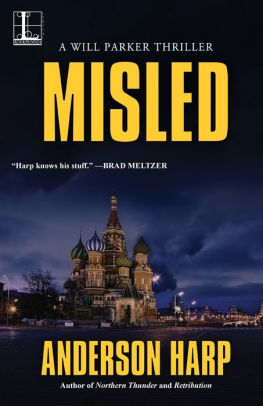 Marine recon veteran and small-town prosecutor Will Parker became a bush pilot for two reasons: a love of flying, and Dr. Karen Stewart. Years ago in Somalia, Will saved the dedicated CDC researcher's life. Now he may have to do it again, under even more challenging conditions.

Two Marines have died under suspicious circumstances, and Will is the only person who can get to the truth. Even if it means an off-the-books mission that will take him thousands of miles away to remote Russia. Both of the dead had in common a fellow student at the Maryland Cyber Security Center. He's missing, but his trail leads Will to a small village outside Moscow known for worldwide
hacking -- and ultimately to an American financial institution with a shady multi-trillion-dollar secret to which the Marines and their classmate held the key. That key compelled certain executives to unleash killers to ensure its concealment . . .

Because of her importance to Will, Dr. Karen Stewart is once again a target. The enemy knows if they get to her, they get to him. Now, with her research taking her into the far-flung Yukon, Parker's arctic-combat training and skills as a bush pilot will be his only hope of saving her, not to mention himself . . .