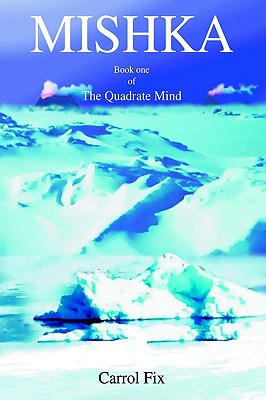 Share:
Having covered half of the 300 meters to the building mounds, Allyah suddenly saw a group of about a dozen small humanoids approaching. Startled, she stood upright, waiting as they neared. The Mishka were waist high to Allyah and covered with short, softly curling, white hair that blended into the landscape so well she hadn't seen them until they were only a few meters away. With gentle, delicate hands and no words, they took the drag ropes courteously from her, and quickly slid the heavy burden across the ice, some of them pulling and some pushing. Much to her relief, they appeared eager to help move the burden to the shoodah hurried to catch up. She saw no hint of the hostility McKinley had suggested; instead she felt a sense of comfort and safety.

Galactic Union war fleets are at the brink of mutiny, battling for control of the Mishka humanoids and the secret they guard. Tiny and gentle, the Mishka welcome Ambassador Allyah Ahern into their culture and their hearts -- but their secret pulls her deep into a mystery. Only the Prince, the Guardian, the Mystic and the Integrator can save the Mishka -- and the Galactic Union.