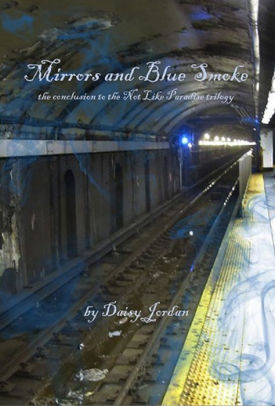 Only four other people (besides Robert) know of the existence of what I took from the Mistress Suite that day, and three of them are dead.“…doesn’t know about Anabelle.”“It is coming true.”Words. Some written in a diary in 1973, others tidbits of whispered conversations. They’re the final puzzle pieces in the deeply hidden, never-recorded-in-the-Magic-8-Ball history of the Circles of Eight, a secret society whose current members may practically claw each other’s eyes out in their battle to reign as Master and Mistress, but whose past is built on witchcraft, betrayal, and murder. And those words are the only clues Jansen and Jason have.Warned away from the Vermont house but issued a challenge involving the biggest deception and illusion to ever hit the Circles, Jansen and Jason embark on a chase for answers and inspiration. From a tiny apartment in Paris to a nameless dance studio housed in a former Bowery flophouse, from the secret rooms of some of New York’s oldest buildings to the city’s exclusive and elusive underground club scene, and, finally, from a long-abandoned subway station to a deserted insane asylum, they, along with Hersh, Clint, Kella, and Taylan, attempt to rewrite the past, present, and future of the Circles…using spells, ghosts, and the Circles’ founders…mysterious twins Jonathan and Anabelle Townsend, thought dead for decades.In the aftermath, Jansen, Jason, and the others must come to terms with a new reality, test the boundaries of their friendships, and decide what the future holds. And Jansen and Jason must answer what could be the most defining question of their lives…what will Paradise look like now?
Reviews from Goodreads.com