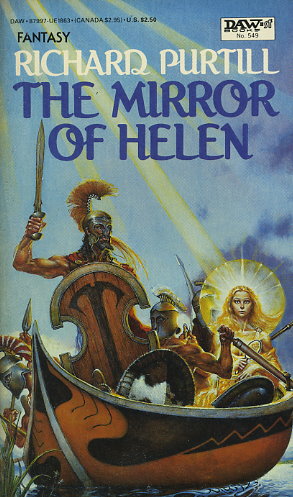 The story of Helen of Troy is one of the great classics of all time, yet there still remains much that could be told. In this unusual fantasy novel, Richard Purtill dares to look behind the scenes to depict in living color what it was really like to be involved with that half-goddess whose radiant beauty did indeed launch a thousand ships.

Told as by one who had seen the events, who knew her, who knew the gods who pulled the world's strings, this is a novel that brings it all back in the vivid reflections of the mirror of divine judgment.
Reviews from Goodreads.com