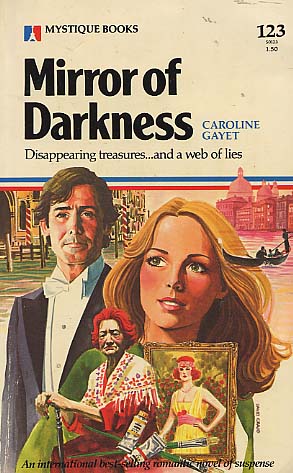 Venice was the city of Jan Gibson's dreams

But a creeping miasma of decay, an atmosphere of deceit and violence, lay just beneath the shimmering surface of the City of Waters. Jan discovered this the night a stranger tore roughly past her in a dark street, desperately trying to outrun the police.

Then the stranger entered her life again in a shocking, unexpected way. Jan found herself irresistibly drawn to him--until she knew she had to decide. Should she expose this man's crimes ... or live a love that was as much a mirage as quicksilver Venice itself?
Reviews from Goodreads.com