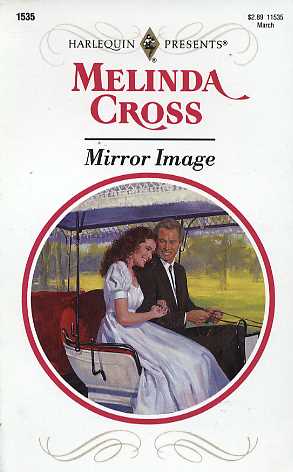 He'd discovered the real woman--but did he love her?

Rural New Hampshire seemed as remote as the Andes compared to life in Boston, but insurance investigator Frances Hudson had a job to do. Though her designer wardrobe and flashy car seemed out of place in the small town, she knew image was everything. No one would ever dream that behind her polished exterior lay a poor kid from the streets.

Yet, somehow the brilliant blue eyes of country veterinarian Ethan Alexander were able to pierce her disguise. His kisses threatened to shatter the wall Frances had erected, to reveal a caring, carefree woman underneath . . . but would Ethan still be there to pick up the pieces?

Frannie knew image was all-important. She didn't want to be kind little Frannie anymore; she would be Frances Hudson, investigator extraordinaire, and then she met Ethan Alexander. Somehow his bright blue eyes could pierce her shield and see her as no one else did. How would she stop him demolishing what she had spent years developing? And when he had finally broken her - as only he could - who would be there to pick up the pieces...?
Reviews from Goodreads.com