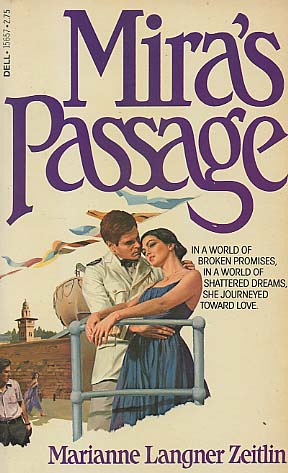 The daughter of Jewish immigrants. Mira had put her heritage behind her. As the beautiful wife of New `pork's most successful producer, as a member of the elite circle that was Broadway society, she had everything ... everything a woman could want.

Until she stepped aboard a luxury liner bound for Israel and found herself in the arms of the ship's ardent Israeli captain... until Shimori s kisses awakened longings she could no longer deny.

Mira would share Shimori s passion-and his dream. Together--apart--they would embark on a turbulent journey of the heart that would lead to a new and different life and a love that demanded courage, faith ...and time.
Reviews from Goodreads.com