Miranda and the Warrior — Elaine Barbieri 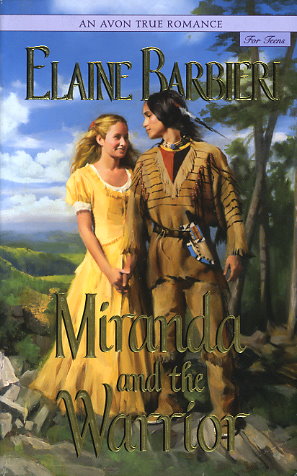 MIRANDA
The only child of a U.S. Cavalry major, Miranda Thurston has grown up in a watchful, overprotective household. So even after the major's repeated warnings of Cheyenne raiding parties on the Western frontier, Miranda never believes she is in danger -- until a Cheyenne warrior captures her.

THE WARRIOR
Respected by the Cheyenne, Shadow Walker has earned his reputation as a warrior. At first, he is dismayed to find that his captive is just a girl -- a girl worth little in his vengeance against the military. But he comes to realize that she is not just a girl, but a headstrong woman. And even as she defies him at every turn, he wonders if she may be worth something to him in a way he never expected.

As captive and captor, Miranda and Shadow Walker grow closer, and soon uncover feelings they had thought impossible. But would they risk everything they once held dear -- for each other?
Reviews from Goodreads.com