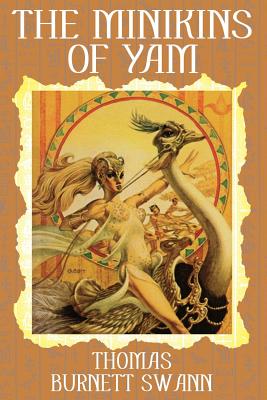 
"The Minikins of Yam offers us an outre ancient world -- in this case Egypt -- where the creatures of myth ... exist alongside true historical characters and settings. The 12-year-old Pharoah, Pepy II (whom Swann tells us really existed), is a humanitarian soul, sneaking out of the palace at night in disguise to distribute largesse among the poor and downtrodden. But Pepy is threatened by the machinations of his sister and queen, who is plotting his murder so she can enjoy absolute rule -- a stunt she just might get away with since she can disguise the murder as a sacrifice to assuage a population panicked by the untimely and prophetic arrival of a phoenix on the palace walls." --SFReviews.net