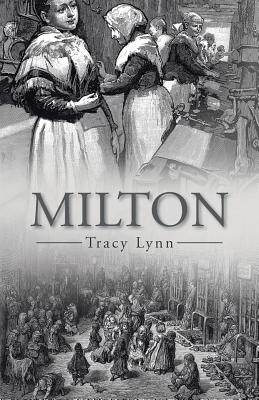 Amid 1860s Europe where manufacturing workers live in poverty and masters rule, Margaret Hale decides to marry the man she has been secretly in love with for some time: the kindhearted cotton mill owner, John Thornton. Against the wishes of both her family and his disapproving mother, Margaret invests in John’s mill and begins preparing to return with him to the smoky industrial town of Milton. As the train pulls out of the station, Margaret looks forward to beginning a new life with her fiancé. But she is about to discover that her desire to start over may be more difficult than she imagined.
After Margaret marries John, they both attempt to change the lives of masters and workers by demonstrating empathy for the less fortunate. As she learns the power of mercy and forgiveness, Margaret must still deal with her disapproving mother-in-law and attempt to clear her brother’s name after he becomes involved in a naval mutiny. Will Margaret and John succeed in achieving their goals or will the suffering continue?
Milton shares the historical tale of a cotton mill master and his wife as they attempt to overcome the poverty and disease that haunts Europe during the Industrial Revolution.
Reviews from Goodreads.com