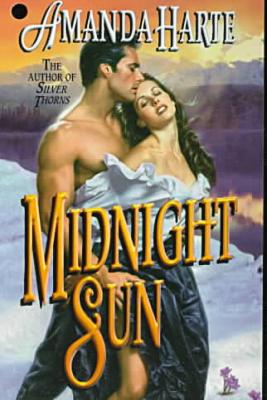 Amelia Sheldon had traveled from Philadelphia to Gold Landing, Alaska, to practice medicine, not defend herself and her gender to an arrogant man like William Gunning. While her position as doctor's assistant provided her ample opportunity to prove the stubborn mine owner wrong, the sparks between them weren't due to anger. For when she looked into William's stormy gray eyes, she saw the caring man hiding behind his hardened facade and craved his strong arms around her in the long Alaskan night. But she feared that her hidden secret would forever keep her from finding happiness in William's embrace.

William Gunning knew that women should not be allowed to become doctors: they were too weak to stand up to the turmoil of disease. But when he met the beautiful, willful Amelia Sheldon, she proved anything but weak; in fact, she gave him the tongue lashing of his life. Soon, the draw of Amelia's flashing blue eyes proved irresistible, and William found himself seeking out the talented doctor looking for another sparring match. And when the barbs escalated to kisses, William knew he had found his true love in the land of the MIDNIGHT SUN
Reviews from Goodreads.com