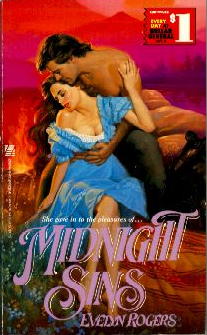 RUBY RAPTURE
Nothing in Russia had prepared young, widowed Lana Alexander for the uncivilized chaos of San Francisco where she had come to track down her scoundrel brother and the priceless ruby he had absconded with. And nothing in her sterile marriage to a cruel Count had prepared her for Tony Diamond. The brash entrepreneur, who insisted on helping her despite her protests, was as infuriating as he was fascinating. Perhaps American women fell for his arrogant confidence in his own charms. But Lana, for one, had more important matters on her mind than how it felt to be in his arms, to return his kisses and give in to the wanton desires of her heart.
DIAMOND DESIRE
Tony Diamond had no intention of letting the haughty Russian beauty out of his sight. He had his own reasons for wanting to catch up with her ne'er-do-well brother. And if it took cozying up to the proud Countess to keep her off-balance, he could think of less pleasant ways to spend his nights. Especially once he felt that aristocratic reserve melt beneath his expert touch . . . and proved that she was all woman when it came to
MIDNIGHT SINS
Reviews from Goodreads.com