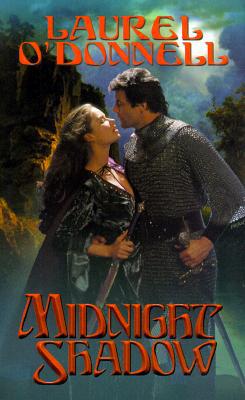 THE HEAT OF PASSION
Disguised as the legendary hero known as the Midnight Shadow, Lady Bria Delaney swore to rid the land of Lord Terran Knowles' cruel tyranny. She was stunned to encounter him in her father's castle--one of the many suitors vying for her hand. Captivated by his darkly intent gaze, Bria struggled to suppress her fierce attraction to the very enemy she had secretly promised to destroy.

THE CHILL OF SUSPICION
From the moment he held the sought-after noble beauty in his arms, Terran was compelled to make her his wife. Yet how could he ignore evidence that Bria harbored a dangerous secret, one that threatened everything he stood for--and perhaps his very life? Torn between the woman he longed to trust and a family honor he was duty-bound to protect, Terran vowed to unmask the Midnight Shadow...no matter what the cost.
Reviews from Goodreads.com