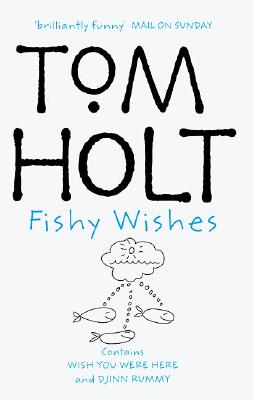 Another omnibus joins together two of Tom Holt's popular fantasy stories. In Wish You Were Here, it’s a busy day on Lake Chicopee. But it was a mixed bunch of sightseers that had the strange local residents rubbing their hands with delight. But most promising of all, there was Wesley Higgins, the young man from Birmingham, who was there because he knew the legend of the ghost of Okeewana. All he had to do was immerse himself in the waters of the lake and he would find his heart’s desire. Well, it seemed like a good idea at the time. In Djinn Rummy, we learn that in an aspirin bottle, nobody can hear you scream. Outside an aspirin bottle, however, things are somewhat different. And when Kayaguchiya Integrated Circuits III, a Force Twelve genie with an attitude, is released after 14 years of living with two dozen white tablets, there’s bound to be trouble.
Reviews from Goodreads.com