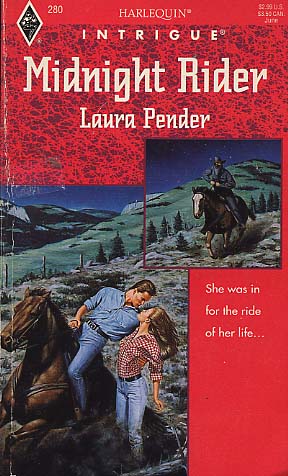 Maybe she'd be safer behind bars...

Jo Tate thought her toughest challenge was saving the Bar T Ranch from financial ruin. But that was before a man was found on her property ... dead. And every clue said Jo was the murderer.

Jo needed a miracle ... or maybe just a tall, sexy cowboy. Drifter Daniel Fitzpatrick was more than willing to help round up her cattle--but could he keep her out of jail?

Caught in a web of deception, Jo didn't know where to turn: the law considered her a prime suspect, the real murderer wanted her out of the way, and she was falling in love with a sexy midnight rider--a man who was a little too vague about his past.
Reviews from Goodreads.com