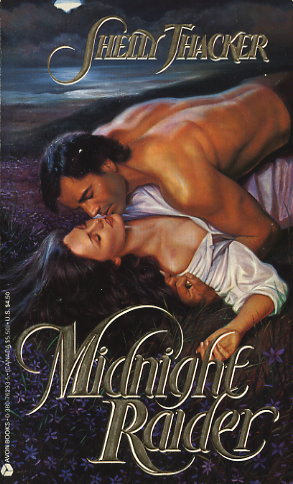 By day, she is Elizabeth Thornhill, lovely young widow; by night, cleverly disguised, she becomes the notorious Blackerby Swift, riding a mission of vengeance against the ruthless villain who condemned her to debtors' prison. But she is not alone on the shadowed highway . . .

Pierce Wolverton, Earl of Darkridge, travels the same roads in search of the same scoundrel--the man who stole his family fortune. Darkly handsome, Pierce is known as the Night Raider, the most feared highwayman in England, and he'll share his prey with no other. Until he encounters his infamous rival, Blackerby Swift . . . and discovers an exquisite beauty whose reckless determination fills him with both fury and desire. Thrown together in a game of intrigue and revenge, they dare not trust each other. Yet they are compelled to dance a dangerous duet, tempting fate with a passion that will either destroy them . . . or unite them forever in an alliance that will thunder with the overwhelming power of love.
Reviews from Goodreads.com