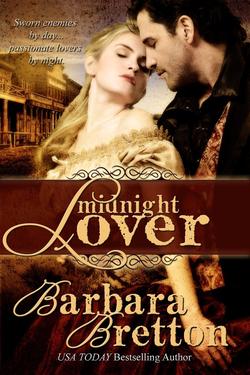 Arriving like an exquisite mirage in a cloud of western dust, Caroline Bennett laid claim to her dead father's only legacy--a saloon and silver mine. Trouble was, the town's leading citizen claimed he'd won them from her father at the poker table! Along Silver Spur's lawless streets, Jesse Reardon had made his fortune, and he wasn't about to surrender a piece of it to a high-fallutin' Boston lady. Frightened by his threats, thrilled by his stolen kisses, captivated by the embrace of his bronzed and powerful arms, Caroline vowed to stand her ground against this infuriating man. But someone else wanted her out of Silver Spur--alive or dead! To save her inheritance, she agreed to marriage...and as Jesse's bride she soon discovered nights of tender gallantry and endless passion. They were two bold adventurers meant for love and life together. But stolen gold and bitter jealousy fueled a devious plot--and now she must live by the law of the West or see him die!
Reviews from Goodreads.com