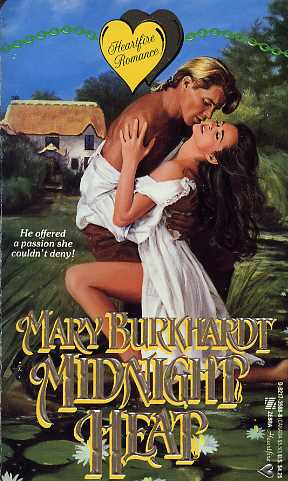 MOONLIT RIDE
Outraged by the poverty and injustice she saw all around her, lovely Rosaleen O'Rahilly rode out every night to rob any Englishman foolish enough to travel the roads of Irish Kinsale after dusk. The brave beauty wanted nothing more to do with the English landlords, until the evening she met the handsome Duke of Montrose. The fire of promise in his dark eyes and the mastery in his strong, lean hands filled her with a heat she yearned to satisfy, even if it meant risking her freedom .. .

UNMASKED DESIRE
Lucien sensed danger on the road ahead as his carriage was approached by a coped figure on horseback. But one glimpse of this mysterious highwayman revealed a tantalizing surprise -- she had the creamy skin and soft curves of a beautiful woman. He vowed to repay this alluring thief with tender of his own -- a few kisses, a slow seduction -- whatever it might take to uncover her identity and discover the womanly secrets her heavenly body promised to deliver!
Reviews from Goodreads.com