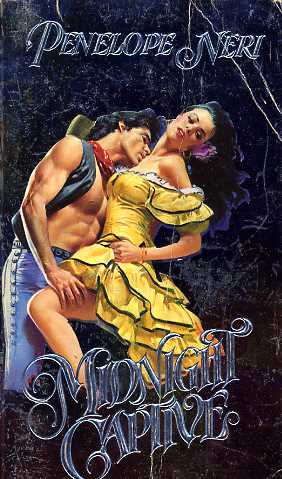 MONEY WAS SUPERIOR TO MARRIAGE

After a poor, ragged girlhood with he gypsy kinfolk, Krissoula Ballardo knew that all she wanted from life was her share of riches. But there was only one way for the penniless temptress to earn a cent: to fake interest in a man, drug him, and pocket everything he had! Then the sable-haired seductress met dashing Esteban de San Martin, and a hot unquenchable passion seared her soul. The fortune-hunting beauty knew she should flee the handsome devil -- but a force more powerful made her run straight into his embrace!

RANCHING WAS BETTER THAN ROMANCE

All his life, dark, towering Esteban had been denied his father's name; now he swore nothing would keep him from his rightful inheritance. In order to regain his vast Argentine acreage, the crafty vacquero blackmailed Krissoula, the unscrupulous wench who'd once tried to fool him. But the more he involved her in his plot, the more Esteban couldn't deny her effect on him. Her luscious lips begged for his sensual kisses, her ripe curves invited his arousing caresses, and soon he was ready to sacrifice his carefully planned scheme for one searing moment in the welcoming arms of his exotic midnight captive.
Reviews from Goodreads.com