Ginny has ten items on her big to-do list for seventh grade. None of them, however, include accidentally turning her hair pink. Or getting sent to detention for throwing frogs in class. Or losing the lead role in the ballet recital to her ex-best friend. Or the thousand other things that can go wrong between September and June. But it looks like it’s shaping up to be that kind of a year!

As readers follow Ginny throughout the story of her year, told entirely through her stuff—notes from classmates, school reports, emails, poems, receipts, and cartoons from her perpetually-in-trouble older brother Harry—a portrait emerges of a funny, loveable, thoughtful girl struggling to be herself…whoever that person turns out to be.
Reviews from Goodreads.com 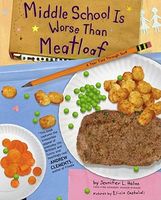 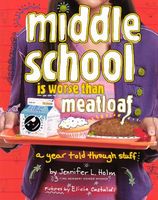 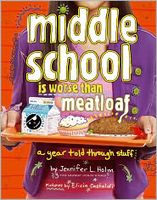