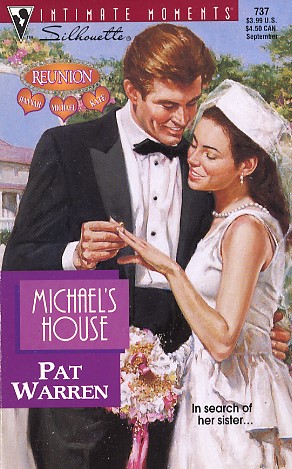 HE HAD A WAY WITH KIDS

That was what Fallon McKenzie kept hearing about Michael Redfield. So when she needed to find her missing sister, all roads led to Michael's House. But the more she saw of him, the more confused she became. Who was this wealthy and powerful man? And why was he dedicating his whole life to teens who had nobody?

And more important--why was it that the more time Fallon spent with Michael, the more convinced she was that her sister wasn't the only one he could rescue?

Reunion:
Because some homecomings take longer than others....
Reviews from Goodreads.com