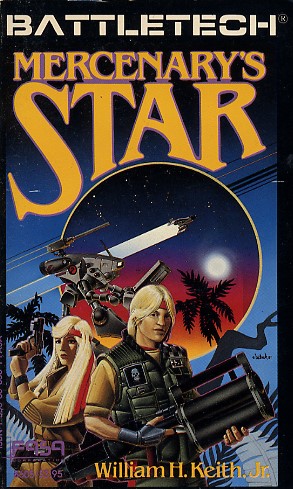 The Gray Death Legion, born of treachery and deceit, takes its first job, serving as the training cadre for farmer rebels on the planet Verthandi. Though Grayson Carlyle has the knack for battle strategy and tactics, getting the bands of Verthandian freedom fighters to unite against their superior foes is not always easy. The Legion has no choice this time. It must win or die, because the only way off planet is via the capital city, controlled by minions of Carlyle's nemesis, Kurita's Duke Ricol.

The story of Grayson Death Carlyle and the Gray Death Legion began in the novel Decision At Thunder Rift and continues in this second BattleTech novel of the Gray Death's adventures.
Reviews from Goodreads.com