Memories Can Be Murder — Connie Shelton 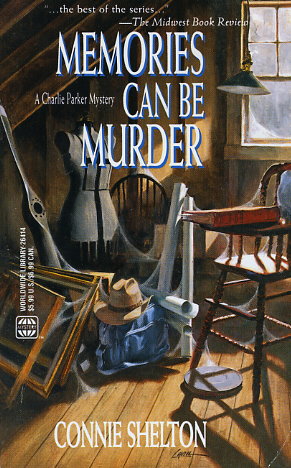 While stowing boxes away in her attic, Albuquerque CPA Charlie Parker uncovers chilling information about her father--and his work as a scientist during the Cold War years. Worse, she now suspects the fatal plane crash that killed both her parents was murder, and that her father's employer squashed the investigation.

Determined to solve the fifteen-year-old crime, Charlie quickly learns that asking questions is dangerous. Soon, dead ends--and dead bodies--have her worried she's next on the hit list. But what secret is worth killing for after all this time? And who is worried enough to go to murderous lengths to keep the door to the truth closed? The shocking answers are tied inexorably with the past--and present--and just might cost Charlie her future.
Reviews from Goodreads.com