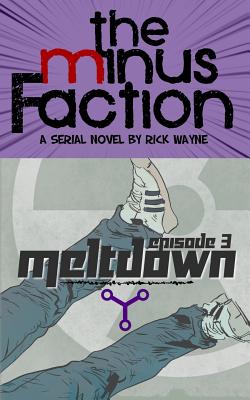 An enigmatic mastermind recruits four people with extraordinary abilities and offers them everything they want in exchange for the impossible. But after one of them uncovers a plot to hack the human race, they're not sure which side they're on -- just that not all of them will survive.
THE MINUS FACTION is a super-powered speculative thriller in seven novella-length episodes. In Episode Three . . .
After losing his girlfriend and his job, Ian Tendo's sensible life has fallen apart. When he's arrested by the FBI, he doesn't imagine things could get any worse.

That is, until dark forces recruit him to be an agent of terror. Forced to commit horrible acts in secret, Ian knows death is close -- either at their hand or his own.

But unexpected help comes in the form of an eleven-year-old prodigy. Wanted by the police and pursued by a living nightmare, the pair's only hope is a mysterious organization known as the Minus Faction.
Reviews from Goodreads.com