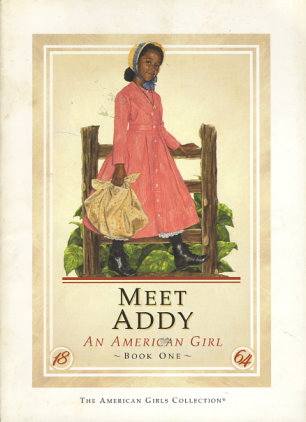 One night during the summer of 1864, Addy Walker overhears her parents talk about an exciting yet terrifying idea -- escaping slavery. But before Addy's family can make the escape, the worst happens to them. The family is separated when Master Stevens decides to sell some of his slaves. Addy and her mother take the terrible risk of escaping by themselves because they want to be free, and because they hope the family eventually will be together again in Philadelphia. Set during America's own struggle over slavery, the Civil War, Addy's story is one of great courage and love -- love of family and love of freedom.
Reviews from Goodreads.com