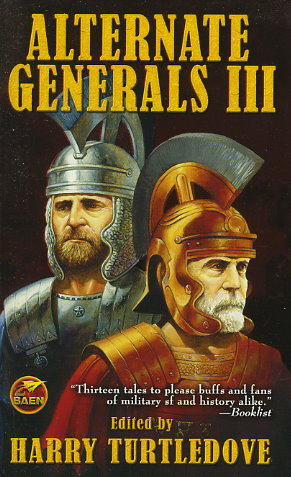 GREAT LEADERS MAKE HISTORY-- BUT NOT HISTORY AS WE KNOW IT

History shows that leadership is crucial in war, but there are other factors at work. What if history were given a twist or two, and great commanders on land and sea fought their greatest battles under different circumstances?

Suppose General Douglas MacArthur had been captured before he could escape from Manila and became a prisoner of war? Suppose Joan of Arc had not been burned for heresy and had gone on to lead France to very different victories? Suppose Genghis Khan had been a convert to Judaism and his horde had fought for a different cause than in our universe? What if the Second Punic War got even weirder than it did in our history-- which, considering what really happened, ain't easy?

These and more alternate realities are explored as Hugo Award-winner Harry Turtledove and his colleagues turn the past upside down and inside out, and the possibilities are endless. . . .
Reviews from Goodreads.com