Meant to Be — Janice Kaiser 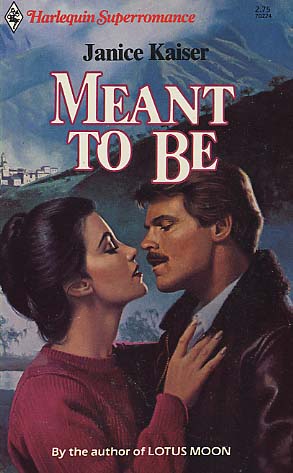 SHE WAS A TRAVELER PASSING THROUGH HIS WORLD

Diana Hillyer's life in Washington was fulfilling and safe--and worlds apart from Honduras.

But that's where she found herself when her dearest friend asked Diana's help in rescuing a teenager who'd been forced into prostitution. Within days Diana learned that an American soldier, Cleve Emerson, held the key to the girl's freedom, and that he refused to help.

Diana found his stubbornness infuriating ... and his allure irresistible. But a soldier's life allowed for only the briefest relationship. Diana would have Cleve for days, hours, and then he'd become a memory....
Reviews from Goodreads.com