Me Tanner, You Jane — Lawrence Block 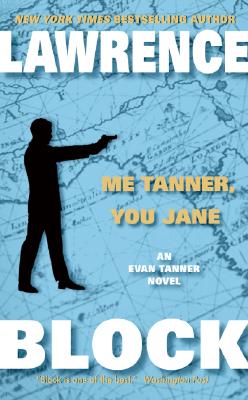 IT'S A JUNGLE OUT THERE.
Literally. At least for Evan Tanner, eternally sleepless sometime superspy, who finds himself in Africa on the trail of the AWOL ruler of tiny Mondonoland. It seems the petty despot's gone missing, and he's taken the state treasury along with him.
No stranger to impossible missions and international peril, Tanner's been in over his head before. This time, however, he's in imminent danger of being buried alive. And it all has to do with the CIA, white supremacists, moderate revolutionaries … and a blond jungle bombshell named (no joke!) Sheena. Tanner's always been a sucker for a pretty face and a curvaceous body, especially one that's wrapped in leopard skin. But this red hot renegade daughter of a local missionary is a maneater.
Which means this time Tanner's goose is well and truly cooked. 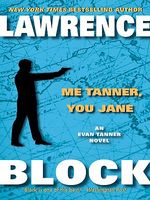 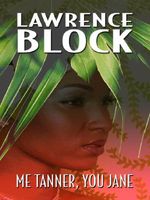