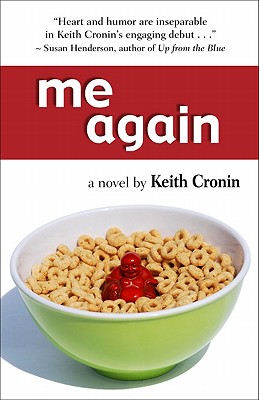 Miracles can be damned inconvenient. That's what thirty-four-year-old stroke victim Jonathan Hooper learns when he wakes up after spending six years in a coma. Everyone calls Jonathan's recovery a "miracle," but since nobody had expected him to recover, his sudden awakening becomes an awkward intrusion on the lives of his family and friends. To make matters worse, Jonathan doesn't even recognize these people. The stroke has wiped away most of Jonathan's memory, while the coma has withered his body. In short, Jonathan's not the man he used to be - whoever that was.

The only bright spot for Jonathan is Rebecca Chase, a young woman he meets in the hospital's long-term recovery unit. A stroke has drastically changed her personality, making her a stranger to her husband. Gone is the vivacious trophy wife, replaced by a shy, awkward woman with a knack for saying exactly the wrong thing.

They don't fit in. And they'll never be the same. But now they've got to decide what matters most: who they were, or who they can become?

A steadily accelerating story exploring the irony, humor, and opportunity that can accompany personal calamity, Me Again follows the intertwined paths of two people forced to start over in life: one looking for his place in a world that has moved on without him, the other struggling to navigate a relationship with a man who wishes she were someone else.
Reviews from Goodreads.com