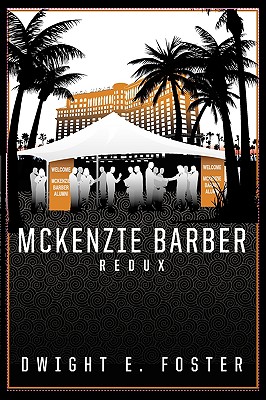 Share:
MeKenzie Barber Redux is the story of a reunion of McKenzie Barber (an acquired consulting firm) and Robson Barber (the acquiring firm.) It has been five years following the 1992 merger vote held at the Boca Mirage Club. The merger resulted in capsized careers for many McKenzie Barber Partners and advancements for a select few. John Grunwaldyt, the protagonist, has been a casualty. Since the merger he has been in the Litigation "Penalty Box" flopped in the backwaters of the merged firm's Chemical Industries Practice, left his wife and moved in with a lady named Amanda, a media communications consultant, and his career is in limbo short of vesting in the firm's retirement plan. One of the youngest partner admissions in the history of the firm at age 28, his golden boy career, appears to have landed in a permanent ditch. He is summoned to the office of Dr. Gilbert Ranglinger, Vice Chairman-Human Resources for Robson Barber for an early morning meeting. Dr.Ranglinger's nickname in the corridors of Robson Barber is "Dr. Death." Grunwaldyt assumes he has been summoned to commence termination discussions. Instead Dr. Death proposes that Grunwaldyt organize a Reunion for the McKenzie Barber Partners. He is given the choice, organize the reunion or begin termination discussions. Jon Grunwaldyt begins an odyssey that confronts his past, faces the options of a cloudy future, and leads to a confrontation in the final fork in his career road, a McKenzie Barber Alumni Reunion at the resort hotel called Boca Mirage.