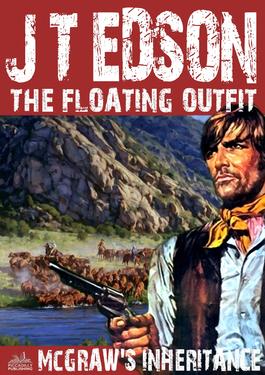 The San Garcia was gila monster country, where the bears got fat on cattle if they got fat at all. McGraw couldn't figure it. Who would want his dry, rocky ranch badly enough to send a hired killer after him?

McGraw needed help, and he knew where to get it. During the War he had served in the "Texas Light" under Dusty Fog of the Floating Outfit. His old captain wasn't one to turn his back on a friend.

Or an enemy...as the silver-strikers found out when they faced the twin Colts of the Rio Hondo Gun Wizard!
Reviews from Goodreads.com