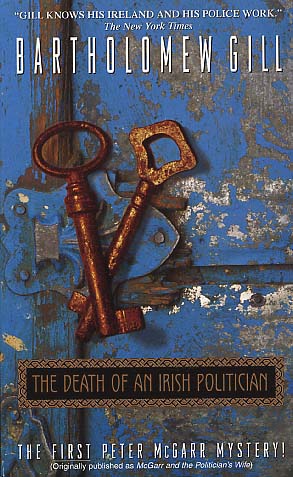 It was twilight on Killiney Bay when they pulled the Yank out of the water, his head split open by a violent blow. For McGarr, the case was a welcome chance to escape the gloom of Dublin. But from his first moment at the injured man's yacht club, McGarr realizes getting at the truth will require fitting together a number of jagged pieces: the world-class sailor who ran both his boat and his life aground; the beautiful woman who paid his bills; and the politician who was uncharacteristically involving himself in a homicide investigation. Suddenly, McGarr must face a malevolent plot of IRA gunrunning, betrayal, and conspiracy--all aimed at not just killing one unhappy sailor, but framing a certain Chief Inspector, and keeping him away from secrets even more dangerous than murder.