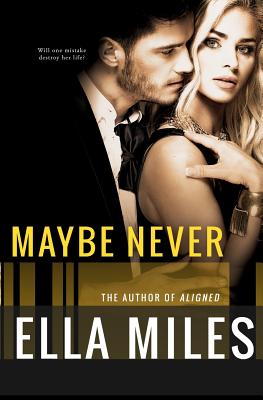 
Will one mistake destroy her life? Will one secret? One lie? Kinsley Felton thought she had found a solution to her problems. She thought she had convinced her family that she is strong enough to run the company, if not on her own, then with help. She thought she had won when she decided not to marry Killian and instead just date him. But everything she thought was wrong. Killian isn't who she thought he was. Now she is sitting in a jail cell for something she didn't do because of him. But maybe she deserves to sit in jail anyway to pay for her past mistakes. All she knows is she needs to stay far away from Killian no matter how much her heart aches for him. Will Kinsley let herself get lost in the deceit or will she save herself and take another chance at love? **Maybe Series is a 3 book series. The series is a little bit dirty and grows darker with each book. This book ends on a cliffhanger. Maybe Yes (Maybe 1) Maybe Never (Maybe 2) Maybe Always (Maybe 3)