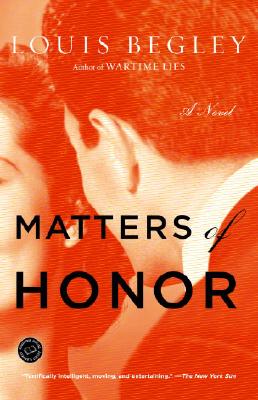 At Harvard in the early 1950s, three seemingly mismatched freshmen are thrown together: Sam, who fears that his fine New England name has been tarnished by his father's drinking and his mother's affairs; Archie, an affable army brat whose veneer of sophistication was acquired at an obscure Scottish boarding school; and Henry, fiercely intelligent but obstinate and unpolished, a refugee from Poland via a Brooklyn high school. As roommates they enter a world governed by arcane rules, where merit is everything except when trumped by pedigree and the inherited prerogatives of belonging. Each roommate's accommodation to this world will require self-reinvention, none more audacious than Henry's. Believing himself to be at last in the "land of the free," he is determined to see himself on a level playing field, playing a game he can win. The ante is high--virtual renunciation of his past--but the jackpot seems even higher--long dreamed-of esteem, success, and arrival. Henry will stay in the game almost to the last hand, even after it becomes clear he must stake his loyalty to his parents and even to himself.

Reserved and observant, Sam recounts the trio's Harvard years and the reckonings that follow: his own struggle with familial demons and his rise as a novelist; a coarsened Archie's descent into drink; and, most attentively, Henry's Faustian bargain and then his mysterious disappearance just as all his wildest ambitions seem to have been realized. Love and loyalty will impel Sam to discover the secret of Henry's final reinvention.
Reviews from Goodreads.com