Matisse on the Loose — Georgia Bragg 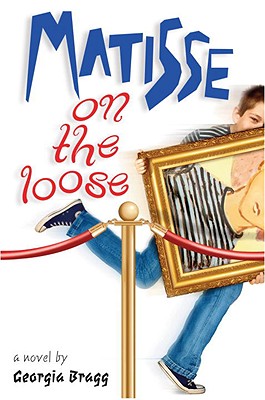 A kid. A famous painting. A cool moment. A prison sentence?

Have you ever done something you shouldn't have? But you're a good person and you don't think that it's going to cause any real harm? But then something bad happens and it turns out that you were wrong? Welcome to Matisse's world.

Matisse has finally got the chance to come face to face with the work of his namesake, the great French painter Henri Matisse. The museum where his mom works as head of security is hosting a Matisse exhibit. Matisse thought it would be cool to hang his own artwork--a copy of a famous Matisse painting, Portrait of Pierre--on the museum wall just for a minute.

But then a tour group thinks that it's a real Matisse. So now Matisse's painting hangs in a museum--while the priceless original hangs on Matisse's eccentric family's den wall. A sixth grader should not get caught up in a museum heist. But . . . what if he does?
Reviews from Goodreads.com