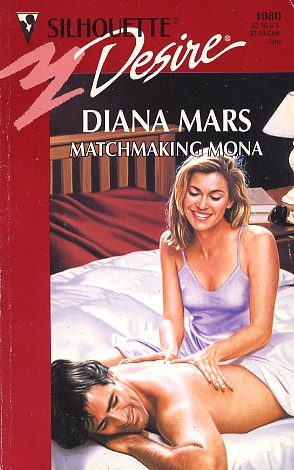 DETERMINED BACHELOR
One matchmaking niece was way more than Cooper Channahon could handle. Even for a rugged full-fledged bachelor like Cooper, the doe-eyed teenager's ridiculously romantic schemes were impossible to ignore. Especially when they involved one very seductive woman by the name of L. J. Livingston.

RELUCTANT BRIDE
L. J. didn't doubt for a minute that darling little Mona was up to her ears in matchmaking mischief, but she was finding it impossible to resist the beguiling teenager--or the girl's hot-tempered uncle. But surely she wouldn't fall for a man who was utterly unattainable!
Reviews from Goodreads.com