Match Made in Wyoming — Patricia McLinn 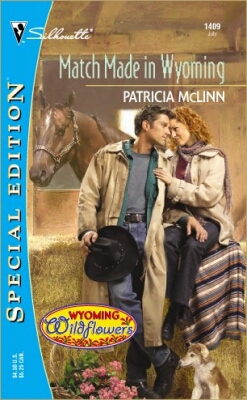 When Cal Ruskoff was literally thrown into the arms of Taylor Larsen by a matchmaking friend, his world suddenly tilted. And when she became snowbound in his cabin, he looked temptation straight in the face again -- and temptation won the battle. But Cal had secrets to keep...for the moment.

Taylor thought she'd managed to crack the shell that Cal retreated to. But when he hired her as his lawyer, she sensed she was being kept at a "safe" distance. Could she finally break down the barriers around his heart and show him she was meant to be his perfect match?
Reviews from Goodreads.com