Master of the Hunt — Lee Magner 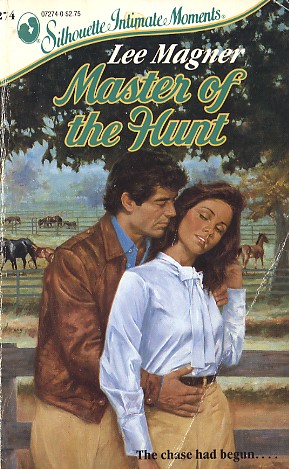 THE MASTER OF HER HEART

Deep in fox hunting country, Richard Faust was finally closing in on his prey. Years after his conniving stepmother had introduced herself, following his father's mysterious death, he still hoped to ensnare her with her own cunning. Now, at the Foxgrove Hunt, he intended to set the trap.

But his plans to trap one woman hadn't included another: Meg Hardesty. His sister's friend had grown into a beautiful woman. As a child she had been annoying; now she was unsettling. Involvement with her could only put her in danger, but when the hunt was over, Richard was determined that his pursuit of Meg would leave them both victorious.
Reviews from Goodreads.com