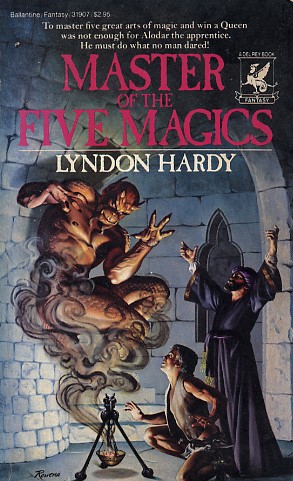 
QUEST OF THE FAIR LADY

Alodar was a mere apprentice thaumaturge, learning the least of the five arts of magic. As such, he had no right to aspire to the hand of the fair lady, Queen Vendora, not even when he saved her during the demon-inspired siege of her frontier castle. But aspire he did.

His quest forced him from one exacting branch of magic to another, with the rewards he earned always going to others. Finally, only the branch of wizardry remained the great, almost lost art of controlling demons.

It was then he learned of the ancient plot behind his rise--and faced the greatest danger any man could dare!