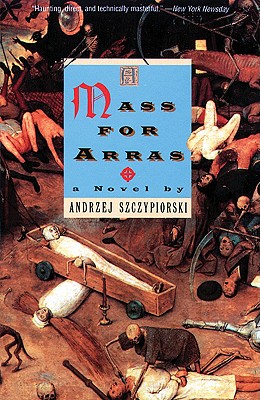 
In the spring of 1458, the town of Arras was visited by the disasters of plague and hunger. In the course of a month, nearly a fifth of the citizens lost their lives. For reasons that remain unclear, the famous Vauderie d'Arras took place in October of 1461. Jews and witches were subjected to cruel persecution; there were trials for supposed heresies, as well as an outbreak of looting and crime. It was three weeks before calm returned.... With this historical tragedy at its core, A Mass For Arras explores the personal and political consequences of fear, fanaticism, and fascism in the story of Jan, a young member of the intelligentsia. Arrogantly pious and full of revolutionary zeal, Jan wholeheartedly participates in the torments inflicted on the outsiders in the name of moral and political righteousness. Yet when faced with escalating violence and, ultimately, his own downfall, he must choose between sincere commitment to the isolated village that adopted him and horror at a society gone mad. A Mass For Arras addresses themes of freedom and responsibility, individualism and conformity, and memory and loss. It is a moving account of a young man's coming-of-age in a time of disease and death, a profound political allegory of life in an emergent totalitarian state, a chilling indictment of government-sponsored repression and societal complicity, and a cautionary tale about the tendency of history to repeat itself, whether in fifteenth-century France, postwar Poland, or somewhere still closer to our own time and place.