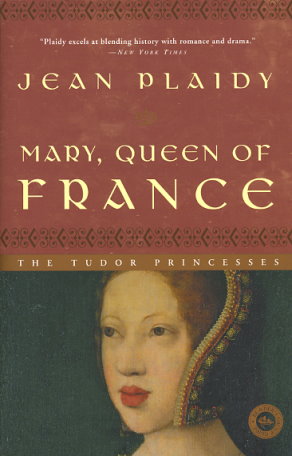 Legendary historical novelist Jean Plaidy brings to life the story of Princess Mary Tudor, a celebrated beauty and born rebel who would defy the most powerful king in Europe--her older brother.

Princess Mary Rose is the youngest sister of Henry VIII, and one of the few people whom he adores unconditionally. Known throughout Europe for her charm and good looks, Mary is the golden child of the Tudor family and is granted her every wish.

Except when it comes to marriage. Henry VIII, locked in a political showdown with France, decides to offer up his pampered baby sister to secure peace between the two mighty kingdoms. Innocent, teenage Mary must become the wife of the elderly King Louis, a toothless, ailing man in his sixties. Horrified and furious, Mary has no choice but to sail for France. There she hones her political skills, bides her time, and remains secretly in love with Charles Brandon, the Duke of Suffolk. When King Louis dies, after only two years of marriage, Mary is determined not to be sold into another unhappy union. She must act quickly; if she wants to be with the man she truly loves, she must defy the laws of church and state by marrying without her brother's permission. Together, Mary and Charles devise a scheme to outwit the most ruthless king in Europe and gain their hearts' desire, not knowing if it will lead to marital bliss or certain death.
Reviews from Goodreads.com