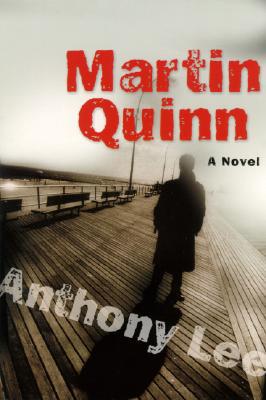 Permeated with the language and flavor of the New York City underground, Anthony Lee's remarkable debut novel is a portrait of a young gangster torn between honor and necessity. Written with stunning authority and depth, Martin Quinn is the sharply etched and powerfully compelling tale of a man of loyalty, courage, and love taking one last shot at dignity in a world he both longs and dreads to finally, fully understand.

In custody for the double homicide of his best friend, Felix, and an old enemy, Terry Hughes, Martin Quinn must decide whether to turn state's evidence and gain protection, or keep his mouth shut and face the wrath of New York's emerging Russian mafia -- which is headed by the father of his dead best friend.

The choice should be clear after the Russians try to take him out. But Quinn opts for another way -- one that will forever earn him the respect of the passing generation of Italian gangsters who helped raise him, but one that might cost him what he treasures most: his best friend's widow and his own first love, Penelope, and a fortune in drug money that he's stashed away. Quinn figures he'll go for it all, though -- the girl, the cash, the stand-up reputation. Much lies in his way: his former heroin partners, the feds who have him in custody, and his own unrelenting conscience. But he's determined to stop at nothing -- even if his life is the price of failure.
Reviews from Goodreads.com