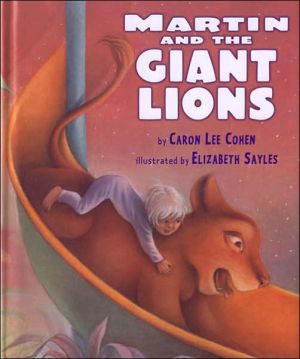 All Martin wants to do is climb to the top of the jungle ladder and unleash a giant Roar! But his mother insists it’s much too dangerous up that high. So one evening, after good-night hugs and kisses, Martin ventures out to the playground alone. There he encounters a giant lion family—mother, father, and cub—who are collecting rain for breakfast.
In a dreamlike landscape rendered in vibrant, lush pastels, Martin and his new lion-cub pal explore the sandbox and triumphantly scale the once-forbidden ladder. Roaring with delight, they look out at the world from a new perspective. With lyrical prose and gentle humor, Martin and the Giant Lions celebrates a child’s triumphant foray into the unknown.
Reviews from Goodreads.com 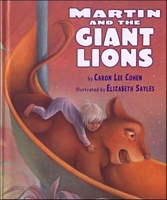