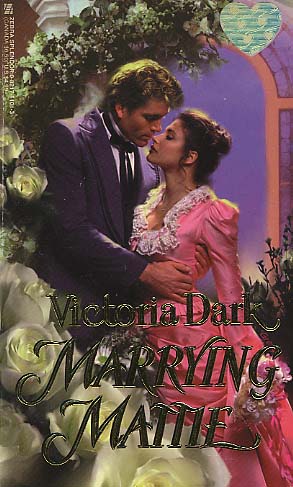 A PRIM AND PROPER WIDOW
After the death of her husband, Mattie Idyll bravely tried to forge a new life out west for herself and her son. But in Medicine Springs, Texas, her sewing skills didn't bring in enough money to put food on the table. She'd just about given up on her dream of a white knight coming to rescue her when a handsome gunslinger-turned-tycoon made her an offer she couldn't refuse...

A RUGGED RANCHER
Ty Warburton had learned a long time ago that women (weren't to be trusted. And Mattie Idyll, with her proper Baltimore ways, was no exception. Still, he had a proposal to make. As his wife, she wouldn't have to worry about money, and he'd have a mother for his nine-year-old daughter. It was a marriage bargain, pure and simple--and one that Ty vowed would stay all business.

A LOVE THEY COULD NOT DENY
But living under one roof, Mattie and Ty could feel an unspoken longing stirring their hearts. As much as they tried, they could not ignore the unrelenting desire at each other's nearness--or the unexpected love that came from...MARRYING MATTIE
Reviews from Goodreads.com 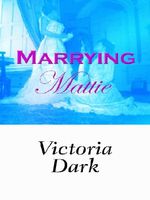